Bertie won a ballot place in the ‘open ballot for Parallel London. We can’t wait for this fantastic, inclusive, push/run event in London this September. Bertie will be spinning his wheels around the Queen Elizabeth Olympic Park in order to raise money for Bertie’s Buccaneers Family Fund (for Muscular Dystrophy UK). He has raised a staggering £616 of his £1000 target already! Thank you so much to all of you that want to help children like him find a cure. It means a lot.

Bertie had a great time being the poster boy for Parallel London, helping to rise the profile of this new event. We’re so proud of him. He has the strongest heart, if not the strongest muscles. 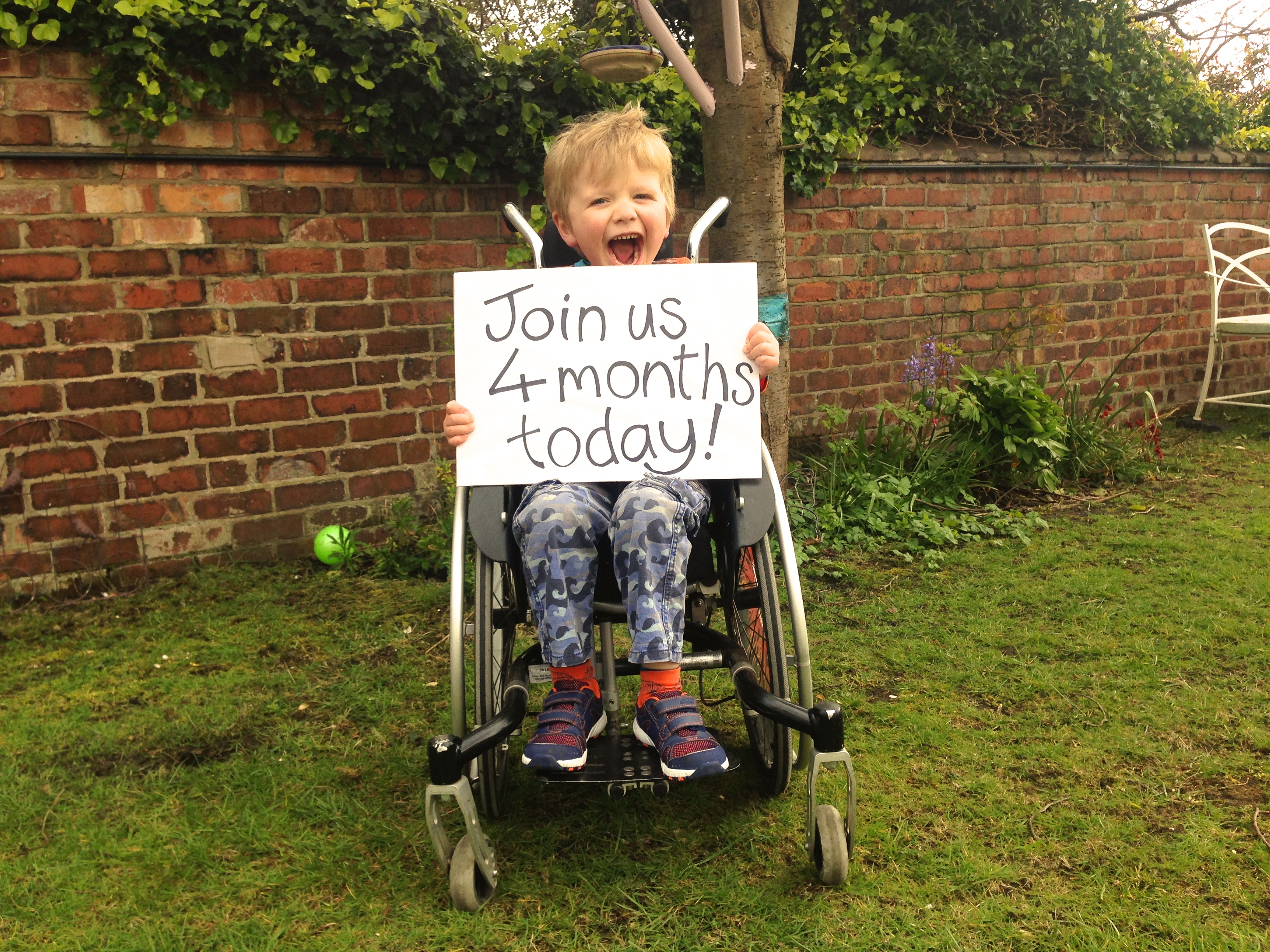 Bertie’s stint as a social media star made it into our local paper, The Southport Visiter AND the Liverpool Echo. As a result of this he received many kind donations from near and far. The sweetest was little Freddie, his classmate, who brought in his pocket money. This was followed by another lovely classmate, Oliver, donating his birthday money. There wasn’t a dry eye in the room. What lovely, kind boys. 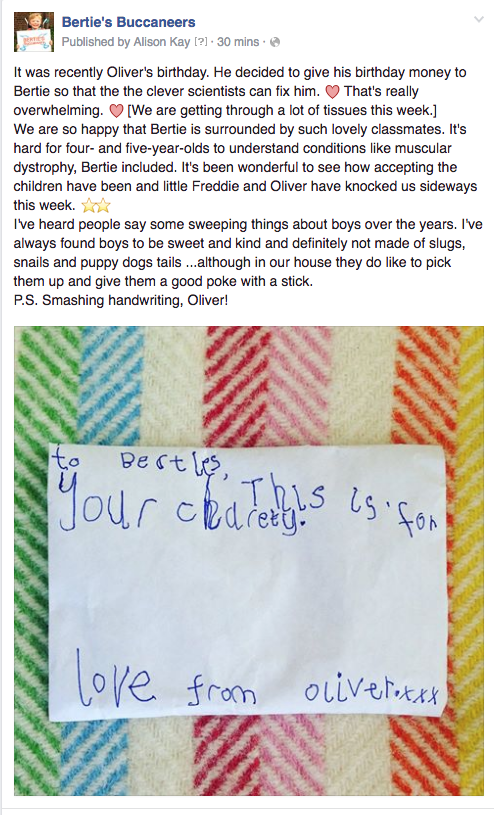 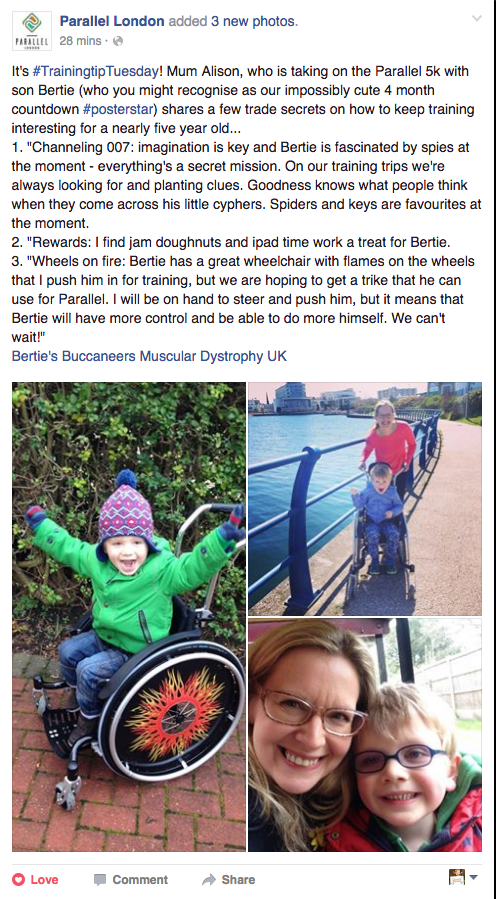